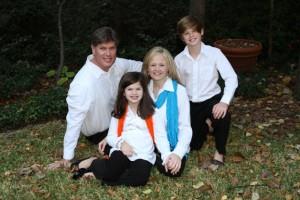 Angie Rawls has been a choral director in the Pearl Public School district for over 20 years. She is the Director of Choral Activities at Pearl High School where she directs Pearl Singers, Pearl Chamber Singers, Pearl Women’s Chorus, Pearl Men’s Glee, and various ensembles. She serves as accompanist for several choral groups, as well as directing the pit orchestra for the annual Pearl High School musical production.

Angie has had the privilege of serving as a clinician for mass choirs in the great state of Mississippi, and also as an adjudicator in the southeastern United States. She holds the Bachelor of Music degree from Millsaps College in Jackson, MS, and the Master of Music Education degree from Mississippi College in Clinton. She is also a National Board Certified Teacher.

Andy Beasley grew up in Brandon, Mississippi and graduated from Brandon High School. He took an interest in choral music at a young age and was very involved in choir at Brandon Middle School, Brandon High School, and Crossgates Baptist Church.  Mr. Beasley holds a Bachelor's Degree in Vocal Music Education from Delta State University and a Master's Degree in Choral Conducting from Mississippi College.

While attending Delta State University, Mr. Beasley directed the Chancel Choir and Hand Bell Choir at First Presbyterian Church of Cleveland. He was also the student director of the Delta Singers and tenor section leader of the Delta Chorale and Chamber Singers.  While attending Mississippi College, he served as Assistant Conductor of the Choctaw Chorus.  Mr. Beasley has served as Minister of Music at Harrisville Baptist Church in Simpson County and at First Baptist Church of Pearl.

Previously, Mr. Beasley was Director of Choral Activities at Terry High School for five years, where he also taught Music Appreciation and AP Music Theory. His choirs there consistently earned Superior ratings at District, State, and National Festivals.  He served as Assistant Artistic Director of the Mississippi Chorus, where he was the principal conductor of the Mississippi Youth Chorale and assisted in conducting the Grande Chorus and the Master Chorale.

Mr. Beasley has served the Board of Directors of the Mississippi Music Educator's Association as the Jr. High All-State Women's Honor Choir Chair, Lakeshore Choral Camp Director, and Social Media Advisor.  He currently serves as the President-Elect of the Jr. High Executive Board, District VI Co-Chair, and webmaster.

In April of 2014, he was awarded the Outstanding Young Music Educator of the Year 2014 in Recognition of Professional Integrity, Love of Teaching, and Creativity in the Classroom. This award was presented by the Mississippi Music Educators Association.